YOU have made this possible!
Dumbarton Gambia Education Association ( D.G.E.A ) has sponsored our nursery school since its establishment 17 years ago. Over that time one thousand five hundred and thirty students have been granted three years of free uninterrupted nursery education! All the children who have attended have been from needy and low-income families and who would otherwise not gone to school at all. They have received a daily free meal (sometimes the only meal they would receive that day), free stationery supplies and free teaching and learning materials. They have been given access and time to play on recreational facilities such as swings, see-saws and bicycles in a place where there are no communal parks or playgrounds. The high-quality staff have also been paid.

All our students move on to Lower Basic schools, junior secondary schools, and senior secondary schools within the greater Banjul area and our children have had an excellent track record. Over a thousand have graduated from the school system over the years and currently, five hundred and ten students are still in education.

Every year D.G.E.A. have funded educational field visits to various institutions and places of interest at no cost to the parents.

Without your timely and genuine intervention, most of these innocent young children would be without a proper foundation as far as early childhood education is concerned, because they cannot afford to foot the high tuition fees in other nursery schools.

Thumbs-up to Dumbarton Gambia Education Association ( D.G.E.A) and their partners for being true friends of the Gambia! Thanks most especially to the families of the children and the staff at the school.

Your support either in cash or kind has a direct impact on the lives and livelihoods of these future leaders. We are truly grateful. Sulayman Saidy, Headmaster

The Gambia – this country is a popular holiday destination with wonderful weather, modern hotels and even the “odd” golf course. Holidaymakers are encouraged to join busloads of people to be taken around local schools, to give pencils, paper and maybe money to the children. This is sometimes all to the good, however, it makes the children a part of the tourist attraction, almost like performing monkeys, and the money does not always go to where it is most needed. Profits from the trips go to the holiday companies and as such, these profits leave The Gambia instead of enriching the local economy. As a tourist, it is easy to stay in the hotels and tourist areas and forget that this is officially one of the poorest countries in the world, (14th poorest nation according to UN statistics), that poverty among the people is dire and that life expectancy is in the mid-40s with young children dying of malaria and chest infection as a matter of course.

GTS – in 2001 an Englishman called Francis Glynn and a Gambian called Foday Suso started Gambia Tourist Support, GTS, with a mission of employing Gambians, facilitating the sponsorship of children’s education in The Gambia, and to ensure that all the income from their Restaurant and tours that they run goes to Gambians and stays in The Gambia. Francis has now died but has left a wonderful legacy.

Eyes Open: In October 2001 Revd Kenny Macaulay, our Rector, visited The Gambia and having joined GTS before setting out, was taken to Lambai Nursery, a poor school in the poorest part of the town of Serrekunda. Poverty here has to be seen to be believed! With 40 pupils paying a small but unaffordable fee, there were as many children, if not more, outside the school wishing to be able to take part in lessons as there were in the dark and dreadful classrooms. The sight of poor children, who wanted to be included, but were ignored because their parents could not afford the fees, was a spur to actually do something concrete and long-lasting.

On his return to Dumbarton, the church members of St Augustine’s Dumbarton were encouraged to take out a £5 per month commitment to sponsor individual children, in the community, who could not go to school. On a further visit, in October 2002, the school was not much improved, with the money not bringing all the benefit we had hoped. The headmaster’s priorities, running his own business, as the sole proprietor of the school, were rather different from Kenny’s. During some meetings, we realised that for a little more than the amount that was sent out monthly, we could take over the complete running of the school, and this is what was done.

Free Schooling: The most exciting part of this was that we could give free nursery education to 90 children. Further visits have secured a daily feeding programme for every child, and a clinic where the children are examined free of charge and administered medicines where necessary, which we pay for when required. In order to maximise the benefit of the building which is rented, we run adult literacy classes each afternoon and at weekends.

In the Gambia, it is critical for children to learn English, as the education system is totally in English. Not being able to speak this language by seven years of age means no further education. We have also funded a special community project of health education, initially for mothers, including cleanliness, Aids awareness, and other issues which are so relevant to families living in such poverty and deprivation. We hoped to be able to provide treated mosquito nets for our children, but need more help to do this. We’re also helping people to learn to tie-dye their material, sell it on, invest some more, and begin a little community business.

GTS  administered the school for us from day one, without taking a penny from us except for necessary expenses, and they handled the basics of paying rent, wages and delivering the fish money, and big bags of rice. This task is now carried out by GETS, Gambia Education and Teaching Support, with Helen Touray taking on the day to day running of the school.

So to sum up the project, we employ three teachers, a Teacher-in-Charge, two cooks, a cleaner, and a night watchman. 90 children are educated, fed, have their health monitored, and are taken on educational trips completely free of charge. They provide their own uniforms (yellow and black, Dumbarton Football Club colours) and sing songs about Dumbarton and the people of Scotland who are making such a difference to their lives and to their future. The school is run by a specially formed parent/teacher organisation with input from the local community leaders. It is administered by GETS, and during Kenny & Linda’s frequent visits they have meetings with all concerned to establish what is needed to ensure the future sustainability of the whole project. Our ultimate aim is to gradually make the school self-sustaining in some way within the next five years, although this seems at present to be an impossible task. If the country’s economy grows, then maybe nursery education will one day be state-funded, or we can encourage the school to grow their own food or to make money in some way. In fact, we have become a role model for a successful education and at least one other school, in The Gambia, has copied our model.

GTS, and then GETS have always been committed to helping Gambians to help themselves rather than being totally dependent on tourist handouts and we support this vision. As the local MP says, “This is not a hand-out, but a way of enabling us to be all we can be. It’s about forming a partnership in which we can all be enriched – my community and yours.”

In the meantime, we have a school full of happy healthy delightful children. They have an album all to themselves on this website. It is wonderful to watch the smiling faces. Children with none of the luxuries that Western children have or take for granted, not complaining, and because they are well-loved and well cared for, unaware for now of what they do not have in their lives.

So over the past eight years we, as a parish, have had the pleasure and privilege of being a part of the lives of these children, of being allowed to help in the school, and monitoring their school trips.

The project costs £1000 per month to run; We collect the money and arrange for its transfer to The Gambia. We encourage people to pay a standing order of £5 a month towards the school. We currently have a firm commitment of £700pm, and lots of people run one-off events to raise much-needed donations. There is a shortfall. These people, who give so generously as individuals, are church members, our families and friends, local organisations and just those who have read the stories and seen the pictures in the local papers. Every penny makes a difference.

Football is so very important to Gambians, an international language, and football tops are like gold dust for kids out there! We take out football strips to schools and local community teams, as well as individual tops, which Kenny & Linda give out to the children that flood into the compounds where they stay and visit their many Gambian friends.

Gratitude is not a problem there, and we find little human beings in tears, responding to the latest act of kindness. It is all appreciated. Help us to help them, to help themselves! 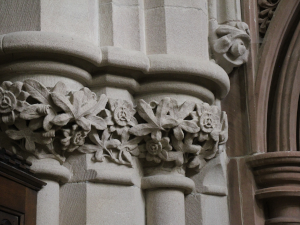